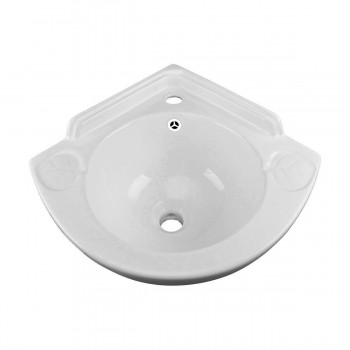 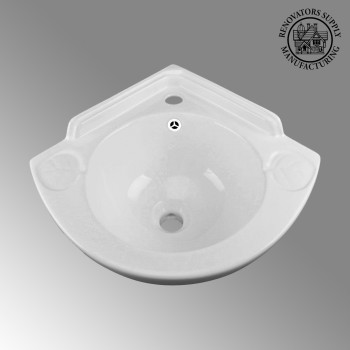 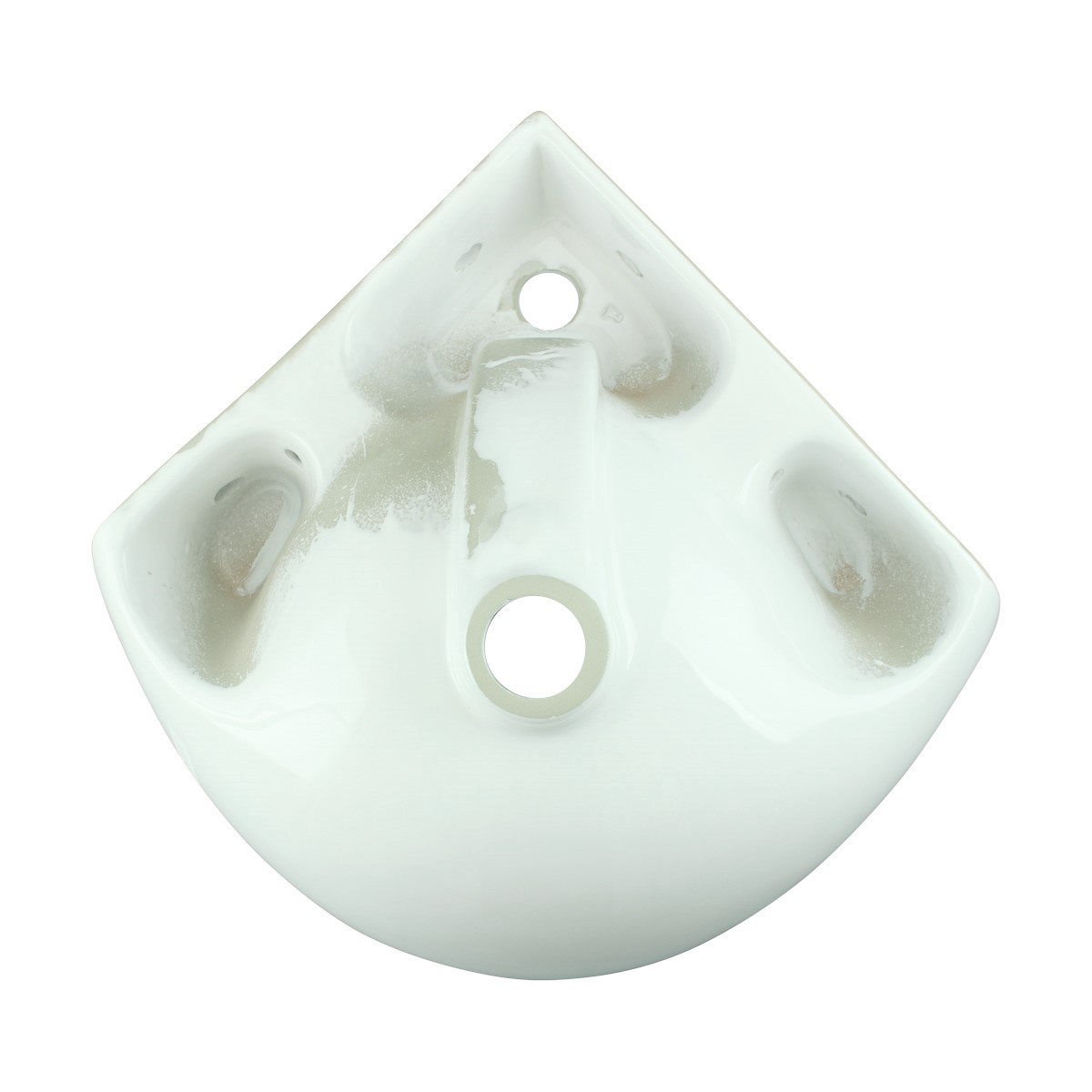 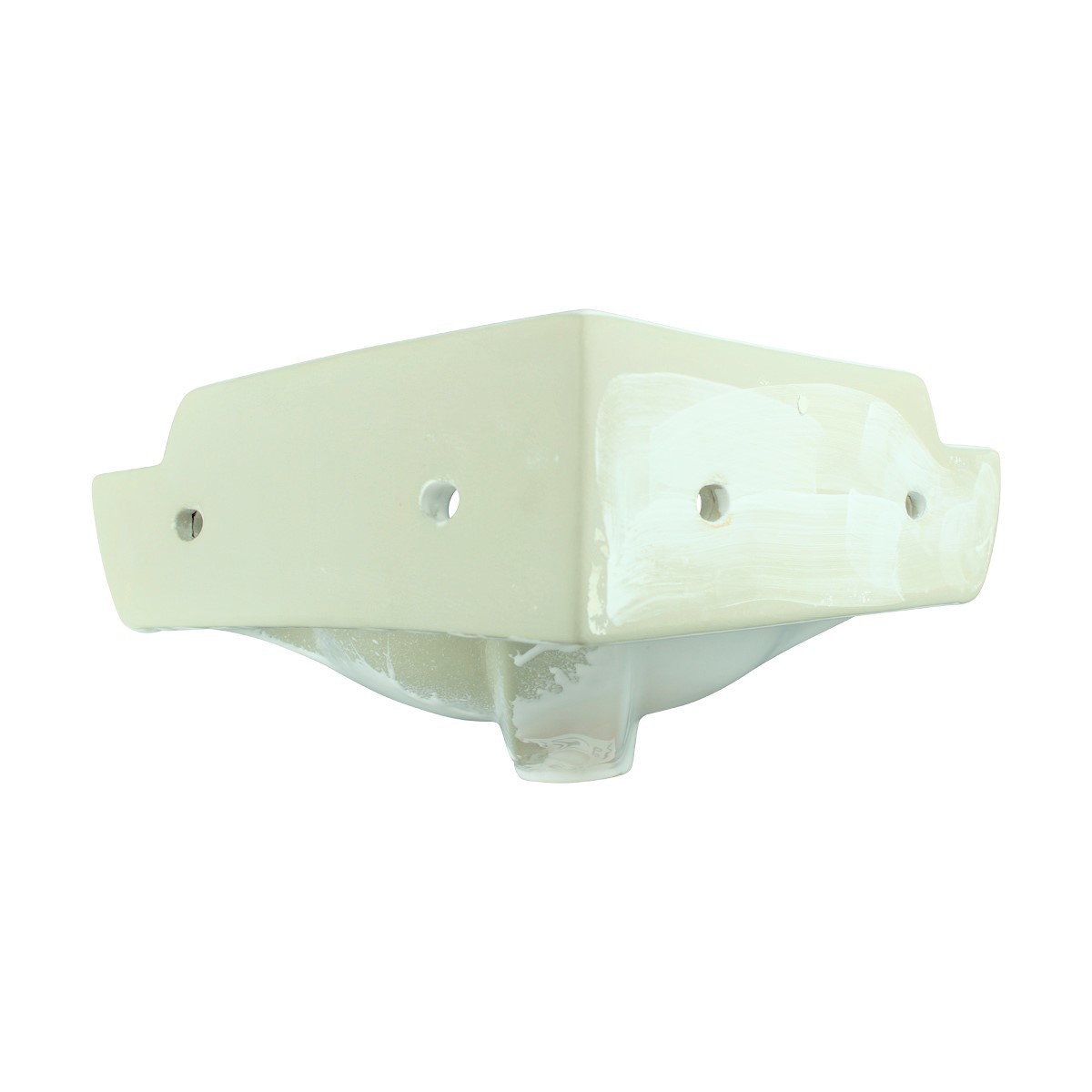 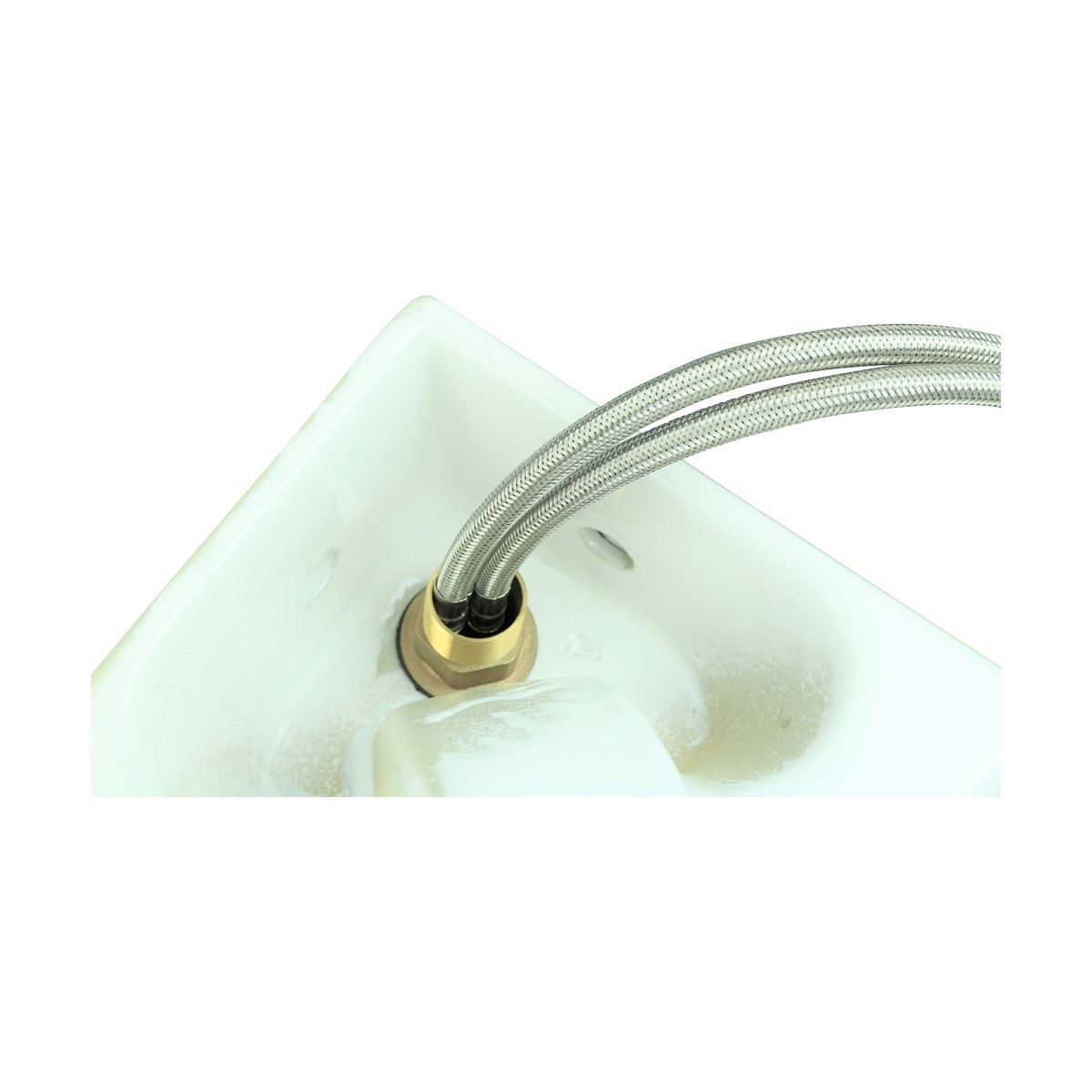 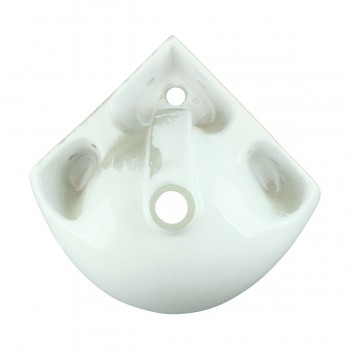 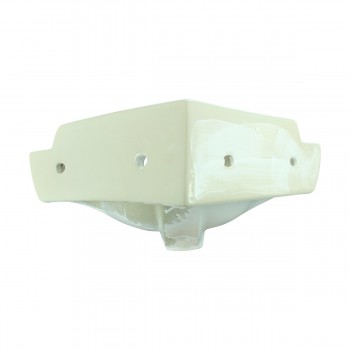 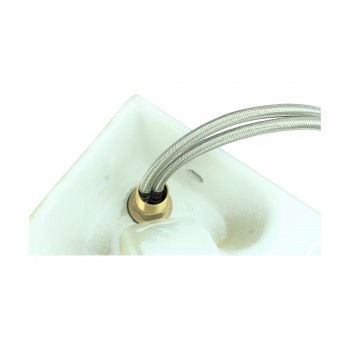 Product Description
Is it being really hard to find corner wall mounted wash basin? You can get right today from our Renovator's supply that can tame your bathroom's little space. The Mountain Pond Corner wall mounted wash basin White can be a part of your bathroom renovation, but you need to separately invest on drain, bolts and faucet as well. The leaf imprints to the corners give a refined look to the sink. The mountain pond corner wall mounted basin features Grade A Vitreous China that offers durability, installs that can be mounted easily to the wall and a overflow hole that prevents overflow of water. It is ergonomically designed with glazed finish to give an elegant look. Browse our catalogue to find many more designs of corner wall mounted basin and study their features. You can easily find one that fulfills your requirement.
Specification 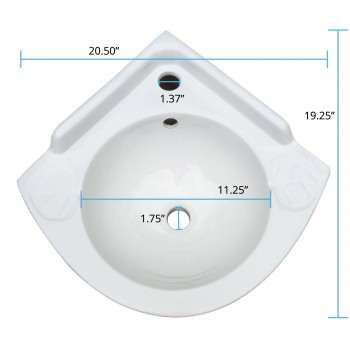 Fits beautifully into a tight space.

It is a good looking sink for the cost but comes with no hardware or mounting instructions. I don't know if it was intentional but the sink corner area is incredibly out of square, which, may good for existing walls but I went to a lot of trouble making my walls square only to have a 1/4" to 3/8" gap at the back of the sink. You'll save a lot of money and time just buying one that comes with the hardware or a mounting bracket to start with.

It fits well in the small space that was available.

I received this a week ago, just in time to install it as part of our bathroom renovation. Do note that it doesn't come with installation hardware of any kind. You'll need bolts and a drain, as well as a faucet.

Let's start with the design. I was concerned that the leaf imprints in the corners would be overt and gaudy; they're not. They're much more subtle than the photo, and look nice. Also, the overflow hole just beneath the faucet has a chrome cover that's not shown in the photo; it looks nice with a sort of Mercedes logo style, but you'll want to think about matching that to your other hardware (which is to say, don't order a brushed nickel faucet).

Now the problems. It's an inexpensive sink, and as such there's not much in the way of quality control or attention to detail. That plays out in a number of ways.

Neither side of the sink that attaches to the wall is straight; they each bow in, which causes two problems. First, it means you fill in that extra gap with caulk, and that's not a major problem, but worth noting. Second, it means it's hard to install it level because if you crank down on one side, the other comes out of true.

Next, speaking of level-ness, the outer edge of the bowl, as it runs from left to right around the front, is definitely not level. It curves up and down like an ocean wave. I didn't notice until installation, when trying to use a level to get it installed correctly, but the left side is slightly higher than the right, and the closest part of the bowl in the product photo is the highest point on the exterior of the bowl. You can use a level, going out at a 45-degree angle from the corner, from the faucet hole to the outer edge, and level it that way, and it'll do just fine. But you can't get it perfectly level left-to-right.

So if you know all of these things, you can install this sink such that it'll look great and no one (who wasn't there for all of your cussing during the installation) would ever notice.

But, and this is the third-and-final item, you really need to install the sink so that it is NOT approached from the angle you see in the product photo. The white glaze was loosely applied to the bottom of the sink, and dripped down in streaks during the firing process. If you install it from the angle in the product photo, you will be able to see tan-colored unglazed clay around the drain on the underside of the sink. This is the one bit of imperfection which is visibile to anyone walking into your bathroom. Again, the white glaze DID cover the right-hand side of the drain, but not the left.

So those are the good and bad of the sink. If you're looking for a wall-mounted corner sink, you're already in a niche market where it's hard to find value options. This sink looks nice once it's installed, but it definitely comes with some caveats. For the price, I'm willing to accept those limitations. 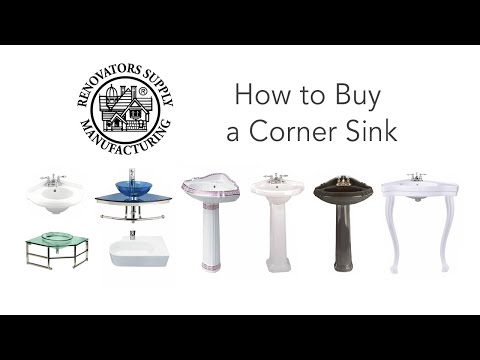 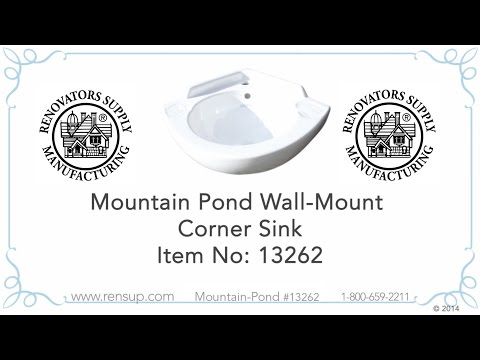